The global economy has been undergoing rapid changes in the last decades. The globalization and interdependence show, that the global shifts can be both crucial and fast. Seeking for efficiency led to establishing new production networks and chains, where parts of the final outputs became produced in various destination. The traditional models of production of all components from one factory became obsolete. Nevertheless, the global nature of production is also facing challenges that arise from fast demand, quality, immediate availability and also from local conditions for businesses.

The automotive industry as one of the core sectors of the EU economy is in addition exposed rapid to the technological challenges, where traditional cars, engines from the 19th century, and ways of transportation are being replaced by more efficient motors and at the same time are being challenged by electricity-based vehicles.

The CEE region plays a crucial role for the automotive industry. During the last decades, the entire region became an industry hub for not only European car producers and countries such as Czechia or Slovakia, Hungary or Poland now belong to the industry leaders – with its production of cars and car parts they supply the entire sector worldwide.

However, the mentioned challenges together with requirements on low emissions and safety raise questions about transformation the whole sector in the EU ant its member states.

The unprecedented shifts we are witnessing will definitely have impacts on the economy, its structure and nature. What can (still) Europe, the CEE and Czechia do to be among the winners in this fast changing environment?

Vendula is a part of the PwC team in Prague, which  in particular supports manufacturing companies in transformation and increasing the operational performance. She has over ten years of experience in managerial consulting with a focus on the automotive and energy industries. Vendula has participated in a number of projects for automotive companies across the value chain of the industry. She helped both suppliers (Tier 1/2) and OEMs, as well as importers, dealers, financing companies as well as after-sales service providers in the Czech Republic and abroad.

Jan Edlman is a Senior project manager at SKODA AUTO DigiLab, responsible for Smart City and Smart Parking projects. Before that he worked at Advertures and OmnicomMedia Group with Digital technology and its application for day2day life (more than 15 years of experience, advising clients like Plzensky Prazdroj, T-Mobile, McDonalds, Puma, Hewlett Packard, MasterFoods, Komercni Banka, etc). He is a member of the Advisory Board for „Digitalization“ (Future of Automotive Industry), powered by AutoSAP and Ministry of Industry and Trade.
New trends, emerging technologies, new services, marketing and sales are topics he is interested in: Jan strongly believes that LOGIC will get you from A to B, but IMAGINATION will take you everywhere. And this quote delivered by A. Einstein is defining his mind-set. At SKODA AUTO DigiLab he is focusing on defining the opportunities and advantages of Smart City projects – not only in terms of the automotive itself, but also in regards to mobility and infrastructure. He understands the Smart City concept as a broad and integrated approach towards sustainable city ecosystem on social, economical and ecology levels. The goal is the cooperation of all City stakeholders (Administration, Citizens and Commercial sector) while maintaining holistic approach integrating different Smart City services into one functional platform. 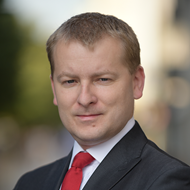 David Kocourek specializes in the team of Economic & Strategy Research in Komerční banka on sector research providing analysis to internal as well as external clients about automotive manufacturing, real estate market or financial sector among others. He joined Komerční banka in 2015 as an economist covering Slovakia and more generally the CEE region. David came to KB from the Czech National Bank where he had worked since 2008 as an Economist responsible for analysis of external economic environment of the Czech Republic. He worked briefly on a fiscal project with macro-modelling start-up OGResearch in 2011 after which he returned to the Czech National Bank in 2012. From 2012 to 2015, David was the CNB Economist in charge of Czech short-term indicators analysis and satellite models of private consumption. He also represented the CNB at the OECD working group on economic projections. David holds a MSc. in Economic Policy from Masaryk University in Brno, Czech Republic.

Pavel Kysilka is a graduate of the University of Economics. During the years 1986 -1990 he worked at the Economic Institute.
In the years 1990 – 1991 he served as chief economic adviser to the Minister for Economic policy. In the 90’s he held position of Vice-Governor and the Executive Governor of the Czech Central Bank. He was responsible for the preparation and implementation of the division of the Czechoslovak currency and the introduction of the Czech crown. In 1994-1997 he worked as an expert of the International Monetary Fund and participated in implementation of national currencies in several Eastern European countries. Later in 90’s he served as president of the Czech Economic Society. In 2000 he started working for the Czech Savings Bank as chief economist in 2004 he was elected a member of the Board of Directors and from January 1, 2011 served five years as CEO and chairman. He was named Banker of the Year in Czech Republic in 2011, 2012 and 2013. He is the founder and chairman of the Managing board of 6DAcademy, president of the festival Smetana Litomyšl, Chairman of the Supervisory Board of the Czech Export Bank, Deputy Chairman of the Supervisory Board of the Czech-Moravian Guarantee and Development Bank, a member of the boards at Prague University of Economics and Business, Masaryk University in Brno, Leos Janacek Foundation, Bohemian Heritage Fund and supervisory boards of Good Angel and Aspen Institute.

Robert Stehrer is Scientific Director at wiiw. His expertise covers a broad area of economic research, ranging from issues of international integration, trade and technological development to labour markets and applied econometrics. His recent work has focused on the analysis and effects of internationalisation of production and value added trade on economic performance and labour markets. He has published in leading journals in these fields and has been working on numerous projects funded by European Research Framework Programmes, notably in EU KLEMS (FP6), WIOD, SPINTAN and PRONTO (all FP7), as well as for international and national clients, such as the European Commission, the Joint Research Council, the European Central Bank and OECD. He studied economics at the Johannes Kepler University Linz, Austria, and sociology at the Institute for Advanced Studies (IHS) in Vienna and is lecturer of economics at the University of Vienna.

Roman Chlupatý is Partner and Global Strategist at boutique consultancy Save & Capital. He specializes in the global economy, politics and the intersection of these two worlds. Roman has lived, worked and studied in Prague, Toronto, Aarhus, Amsterdam and London; he currently resides in Berlin. He is co-author of The Evolution of Money published in 2016 by Columbia University Press and author of four other books focused on the changing landscape of economics and the political economy, which have been published in six languages, including Mandarin. Roman serves as advisor to the private sector and state institutions. He has given lectures at various universities throughout Europe and worked as a teaching assistant at the University of Toronto. He has discussed how and why the world does or does not work with advisors to American presidents, heads of global corporations as well as Karen rebels at the Burmese-Thai border.

He is author of numerous papers in journals with impact factor, co-author of 3 books, and of another 17 peer-reviewed articles. He participated in international and national scientific projects and is a member of the executive boards 5 academic journals. Josef is also member of the Board at the Academy of Business, CEE Chapter (AIB-CEE).

13:30 PANEL I.  Trends and challenges for the automotive industry. Is Europe and the CEE region keeping the pace or lagging behind?

5:15 PANEL II. Innovations and the future of automotive in Czechia

Conference flyer can be downloaded here 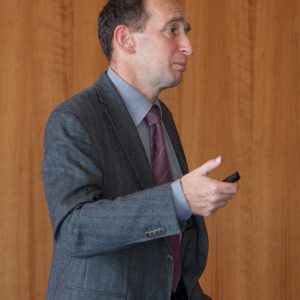 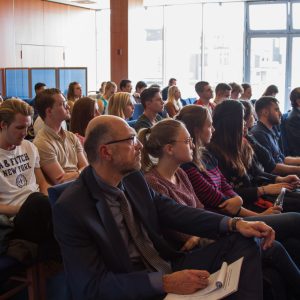 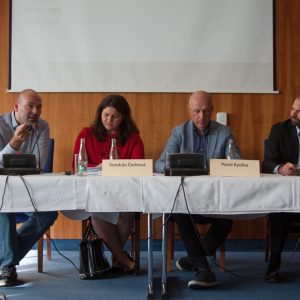 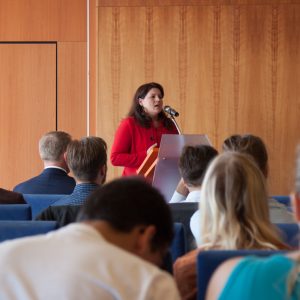 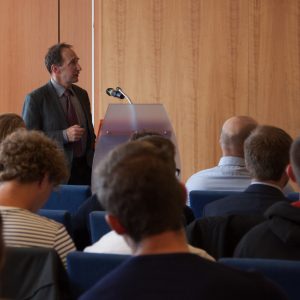 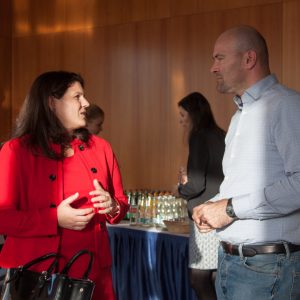 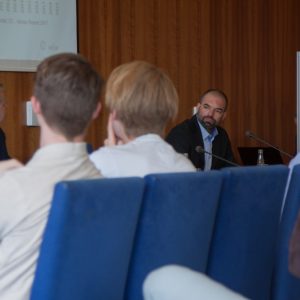 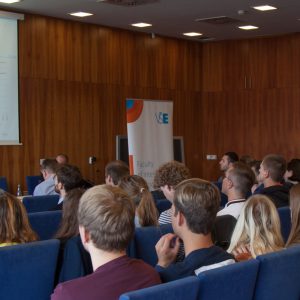 Representation of European Commission in Czechia 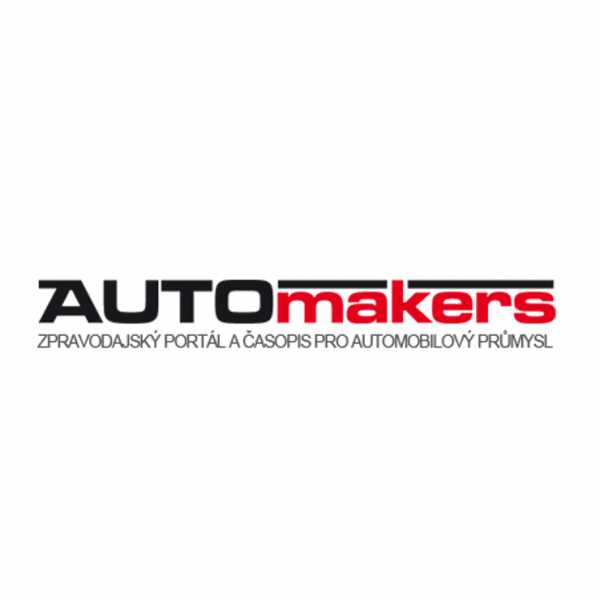