Two FIR students were very successful in a tough competition and won the prestigious Fulbright Scholarship for study and research in the USA.

Simona Spisarová, a student of a Doctoral degree, was the first who received the scholarship. Simona is a Ph.D. student at the Department of Business and European Law at FIR, VSE. Her research is focused on the issue of public liability of legal entities from the perspective of Anglo-American and continental legal culture, with an emphasis on criminal liability of commercial companies.

“I succeeded in a selection procedure with the dissertation project, and won the Fulbright-Masaryk scholarship to conduct research at The John Marshall Law School in Chicago, where I will be supervised by Professor Michael Seng from this year’s mid-August,” she says. However, there was a long way to gain the scholarship. “At this point, I would like to point out that this acquisition is not only my success but the success of those who have been and are on this path to support me. I would like to say a special thanks to Professor JUDr. Martin Boháček, CSc.” she adds. “I would definitely advise potential prospective applicants to never be discouraged by the complications of the administrative procedure and to persevere. I even sent my own application in Brussels, where I was working for a really long time and until the last minute I did not know whether I could finish everything to the deadline. It ended as successful,” adds Simona.

The second scholarship holder is Jakub Haluška, a Bachelor’s degree student of International Studies – Diplomacy. “The aim of the program is to introduce the American culture to the European students, different approaches to entrepreneurship with examples of successful businesses, including social enterprises and women’s entrepreneurship. Academic lectures are complemented, as far as possible, with practical lessons or workshops aimed at building entrepreneurial skills. In the course of the program, students work on their own start-up, which is later presented to the commission in Washington D.C. Throughout their stay, students live at the University of Tennessee at Chattanooga, ”says Jakub.

“The scholarship is also composed of a second part, which I will learn more about during my stay. It is about financial support of a scholarship project from the scholarship holder’s country. Students from the University of Economics, Prague, who have a start-up or some innovative idea, are also welcome to join. I was thinking about organizing some competition supporting the most promising project,” he adds.

Jakub was awarded the scholarship based on his study average. The second condition was to write three essays on: ‘My greatest challenge’, why he is the right candidate for the program, and how he can transfer his experiences to his community in Czechia.

The prestigious Fulbright scholarship programs funded by the Czech and US governments provide Czech citizens the opportunity to study, conduct research or teach in the US. On the other hand, Czech educational and research institutions gain the opportunity to get a US pedagogue or scientist. All scholarships are awarded only within strictly defined programs and in accordance with established procedures. 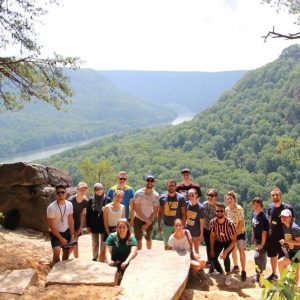 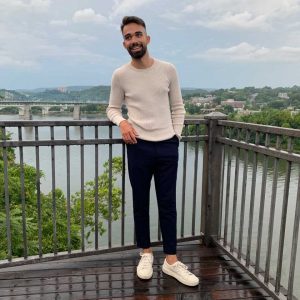