The prestigious academic publishing house Routledge has published a book by doc. Garlick

There has been a great deal of speculation and prognostication about the China-Pakistan Economic Corridor (CPEC). The project’s name suggests it is intended to be an ‘economic corridor’ connecting Pakistan overland with China’s Xinjiang province. This book examines whether CPEC’s primary purpose is as an overland conduit for trade and economic cooperation between China and Pakistan. The key finding is that aims related to regional geopolitics and internal security have, in reality, a more significant impact.

The book demonstrates that China’s goals in Pakistan are primarily geopolitical rather than geo-economic, since the notion of constructing an economic and transportation ‘corridor’ between Pakistan and China is logistically and economically problematic due to a range of foreseeable problems. Most importantly, border disputes with India and the containment of domestic separatism motivate are the driving forces for cooperation between the partners.

This book will be of interest to scholars who research the BRI, as well as policy makers. 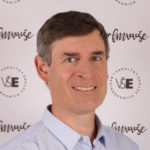 Jeremy Garlick, PhD, is an associate professor at Prague University of Economics and Business and the director of the Jan Masaryk Centre of International Studies, a research centre within the university. He specialises in China’s international relations, focusing primarily on the progress and regional implementation of the Belt and Road Initiative (BRI).

His first book, The Impact of China’s Belt and Road Initiative: From Asia to Europe, was published by Routledge in 2020. In addition to publications on EU-China relations, he has also published numerous articles on a diverse range of topics related to the BRI, including China’s economic diplomacy and regionalising foreign policy. These publications include papers on the China-Pakistan Economic Corridor (CPEC), China’s economic diplomacy in the Czech Republic, China’s strategic hedging in the Persian Gulf, China’s normative power drive in Central Asia, and China’s relations with India. Dr Garlick has taught and lectured for two decades at institutes of higher education in Asia and Europe, including the University of the Chinese Academy of Sciences (UCAS) in Beijing and Ewha Womans University in Seoul.