The 4th joint conference organized by Faculty of International Relations (FIR), Center for Asian Studies and Shandong University of Finance and Economics (SDUFE, Jinan, Chine) took place on November 15, 2018 within the precincts of University of Economics in Prague. To see the whole agenda, please, click here. 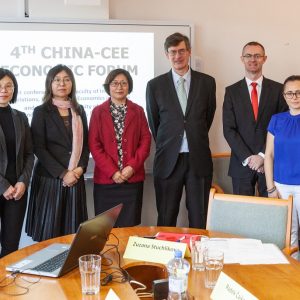 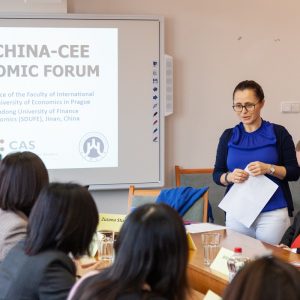 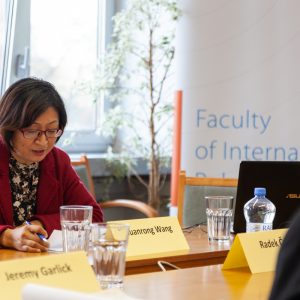 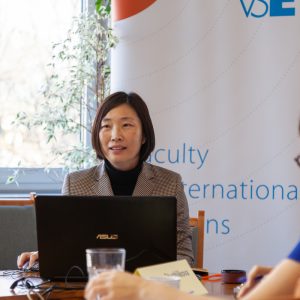 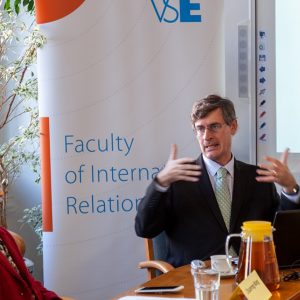 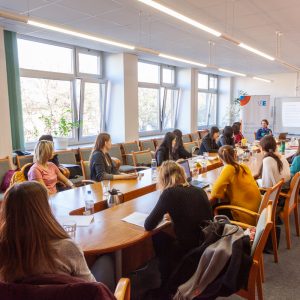 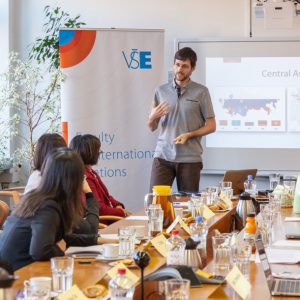 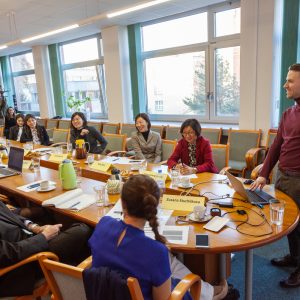 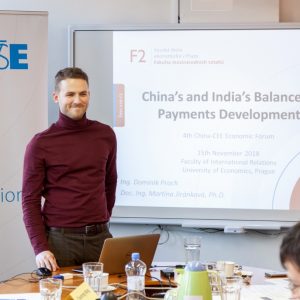 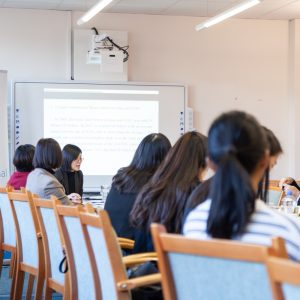 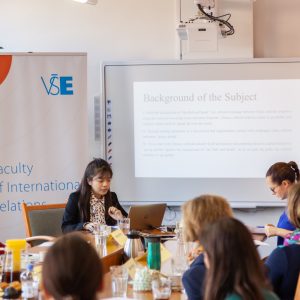 The three panels were dedicated to the topics of Belt and Road initiative (also known as One Belt, One road or BRI) and trade between People’s Republic of China and Central and East European countries (CEE).

In the first block of lectures, Ning Zhou (SDUFE) presented a topic of trade with agricultural products between China and CEE, and Jeremy Garlick, M.A., Ph.D. (Jan Masaryk Centre for International Studies, FIR) performed a presentation on EU stands towards Chinese investments and economic cooperation with China.

The second panel was related to relationships with Asia and the Middle East that PhDr. Ing. Radka Havlová, Ph.D. (Jan Masaryk Centre for International Studies, FIR) has been focusing on in her research for a long time. She spoke about economic, political and cultural relations between China and Qatar. The floor was further taken by students Yakun Tao (SDUFE) and Shan Jiang (SDUFE): Yakun Tao presented the topic of efficiency and impacts of BRI initiative on high-tech products in particular Chinese provinces, while Shan Jiang introduced the topic of Chinese culture imports on the backgrounds of BRI initiative.

The final part of the conference offered space mainly for doctorands from Department of World Economy (FIR): Ing. Ondřej Sankot, Ing. Dominik Proch and Ing. Lenka Tomečková. Ondřej Sankot drew attention to economic relations of the Middle Asia and PRC, Lenka Tomečková’s presentation was concerned with relationship between China, Saudi Arabia and Iran, mainly from a geopolitical point of view as well as from their positions on the international scene and bilateral treaties perspectives. Dominik Proch spoke about similarities and differences of balance of payments of China and India. The panel was concluded with Li Wang’s (SDUFE) presentation about e-commerce in PRC-CEE relations.

FIR have been cooperating with SDUFE – VŠE partner university – since year 2009 in the form of regular exchange programs and professor’s mobility. Joint conferences and workshops are organized on the ground of the Cooperation Agreement in the Field of Research signed in 2014. The 3rd forum took place in Chinese Jinan.

SDUFE was founded in 2011 as a result of a two universities merger:  Shandong Economic University (established in 1952 as one of the first economic universities in the province) and Shandong University of Finance (1986). In the present time SDUFE offers 62 programs that are taught to more than 33 thousand of students. Besides economics, the offered programs include law and pedagogy.