Starting August 1 2020, a team composed of experts from the Jan Masaryk Center for International Studies, the Department of World Economy and the Department of Corporate and European Law conducts research for a project Setup of a Coordination Mechanism for the Presidency of the Council of the EU: Preparations and Progress from the Perspective of Selected Member States, Lessons Learned and Recommendations for CZPRES 2022. 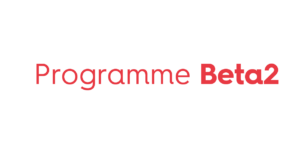 Aim of the project

Based on analysis of existing literature and conducting three types of interviews (with actors of Czech Presidency, Permanent missions of Czech Republic in the EU, EU institutions, Czech permanent mission in Geneva and permanent missions of other EU countries) the aim of the project is to develop suitable scenarios for organization and coordination of CZPRES2022. The scenarios will build on experience of other EU members with Presidency in the EU, considering expected goals agenda, economic efficiency, risks/potential for the CZPRES2022. The research will also cover various stages of the Presidency (preparations, conduction, return back to normal).