Escape game, food waste and banknote production: the FIR participated in the Night of Scientists 2022

Every year, a popular event called Scientists’ Night takes place across the Czech Republic. For several years now, VSE has been happy to participate – and why not? It is the cradle not only of economic sciences, which it tried to bring closer to the public during this year’s event. Perhaps a bit more unorthodox and certainly more interactive than usual in the classroom. After all, that’s the point of Scientists’ Night!

It took place at the premises of the Prague University of Economics and Business on Friday, 30 September 2022. The event, called Night of the Scientists, attracts hundreds of people interested in science, scientists, and knowledge to university and science departments across the country for one night. Those who make their living from science, those whose eyes have been opened by it, and those who have so far closed their eyes to it. But we wanted to change that during this year’s edition with the sub-theme “All the Senses”. Visitors were able to understand the topic of financial literacy, which was the main one offered to the public by VSE, using all their senses! And how did it turn out? See for yourself! 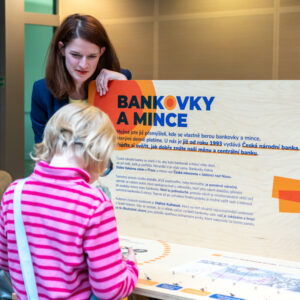 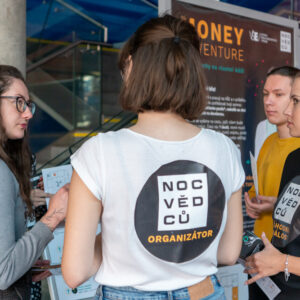 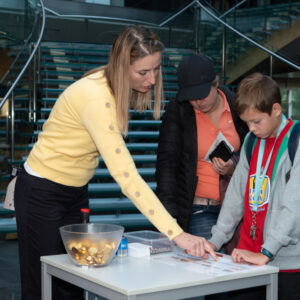 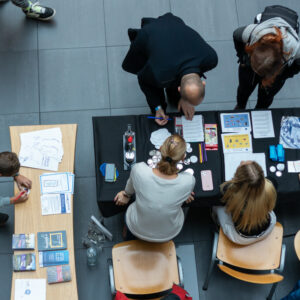 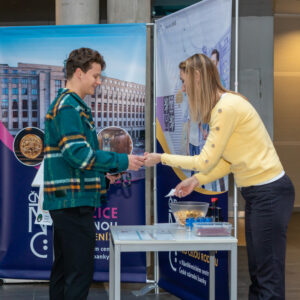 This year’s event was organized by a total of 12 scientists who prepared 7 attractive stations, which were connected by an escape game with the apt name Money Adventure: Experience the money for yourself. Each station offered visitors the opportunity to look into the world of statistics and probability, taste marketing (Literally!), or hear tips and tricks on how to save money and not waste food. And thanks to our collaboration with the CNB Visitor Centre, we even got our hands on coin and banknote making this year!

On behalf of the FIR, the program was mainly provided by Veronika Mokrejšová, Jiří Zeman, Tomáš Sadílek and Alena Filipová from the Department of International Business. Their station focused on saving food and money, which was created thanks to the cooperation with the Food Bank. In addition, you can listen to Veronika Mokrejšová and Jiří Zeman in 3 podcasts, which were created on the occasion of the Night of Scientists 2022 thanks to the initiative of the SKOK student club and the Department of Multimedia. Following the name of this year’s event, there were topics such as farming through the senses, public administration in digital form, and probabilities in everyday life.

Although it doesn’t seem like it at first, the senses can help us save money! With their help, we can stop throwing away food that has passed its best before date. It is our senses – sight, smell, touch and taste – that will help us to test that they are usually still fit for consumption.

Members of the KMP organising team

It may be dawn after Scientists’ Night 2022, but science never sleeps. That’s why you can listen to podcasts, view the photo gallery, and watch footage of the event in retrospect! But most importantly: You can continue to take an active interest in science. At least until the next edition, which we look forward to in autumn 2023. 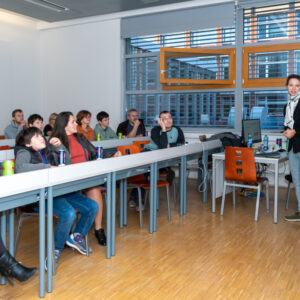 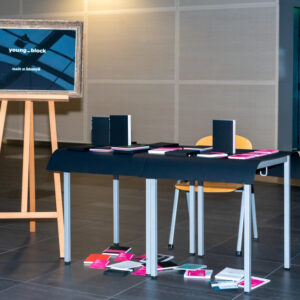 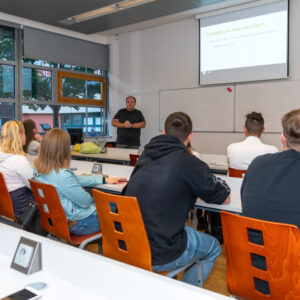 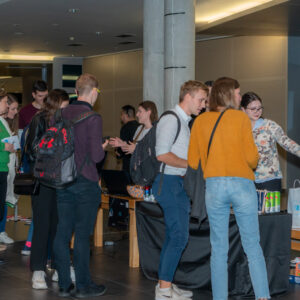 Scientists’ Night was initiated by the European Commission in 2005 and has been showing people that science is not boring ever since. This year’s night full of science with the theme ALL THOUGHTS attracted nearly 14,000 enthusiasts in Prague and a total of 75,000 visitors in 61 other cities across the Czech Republic, where the Night of Scientists took place on the last day of September.